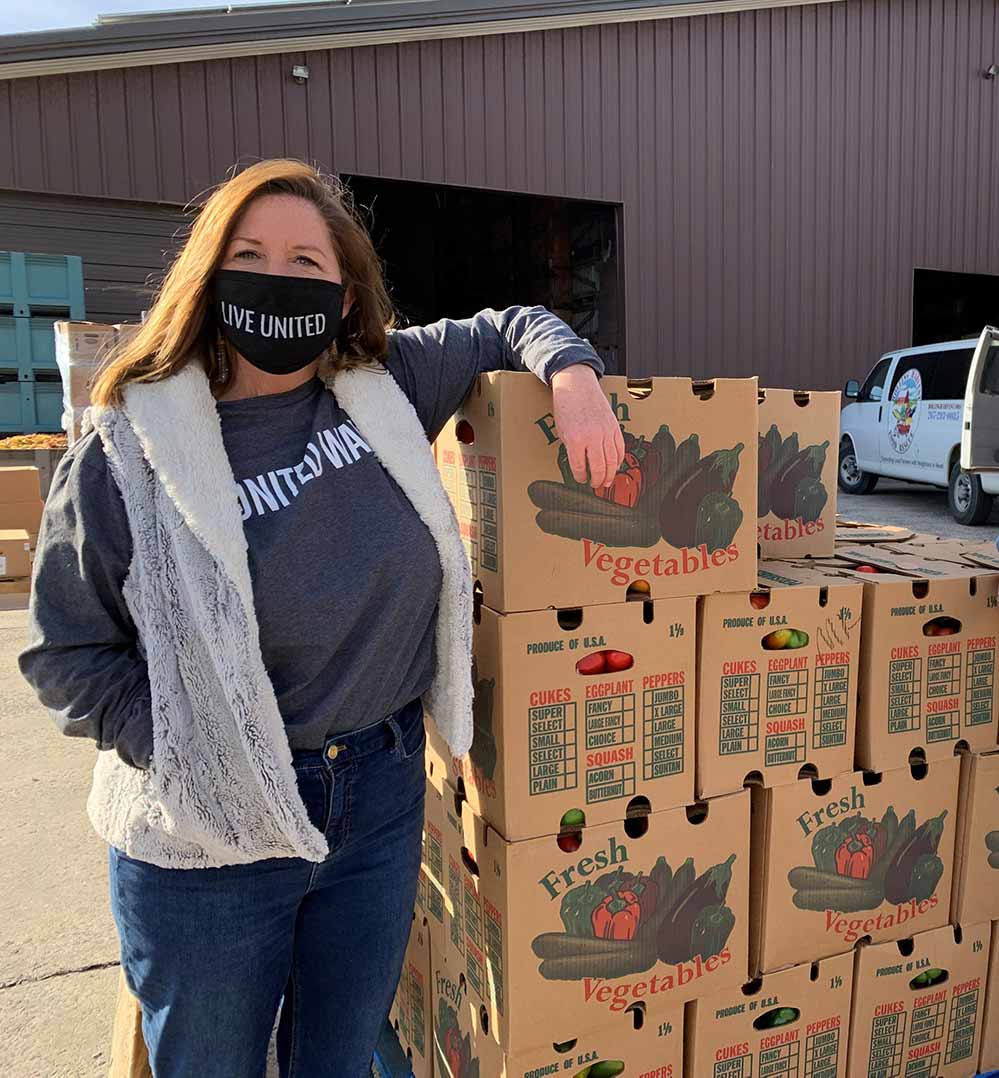 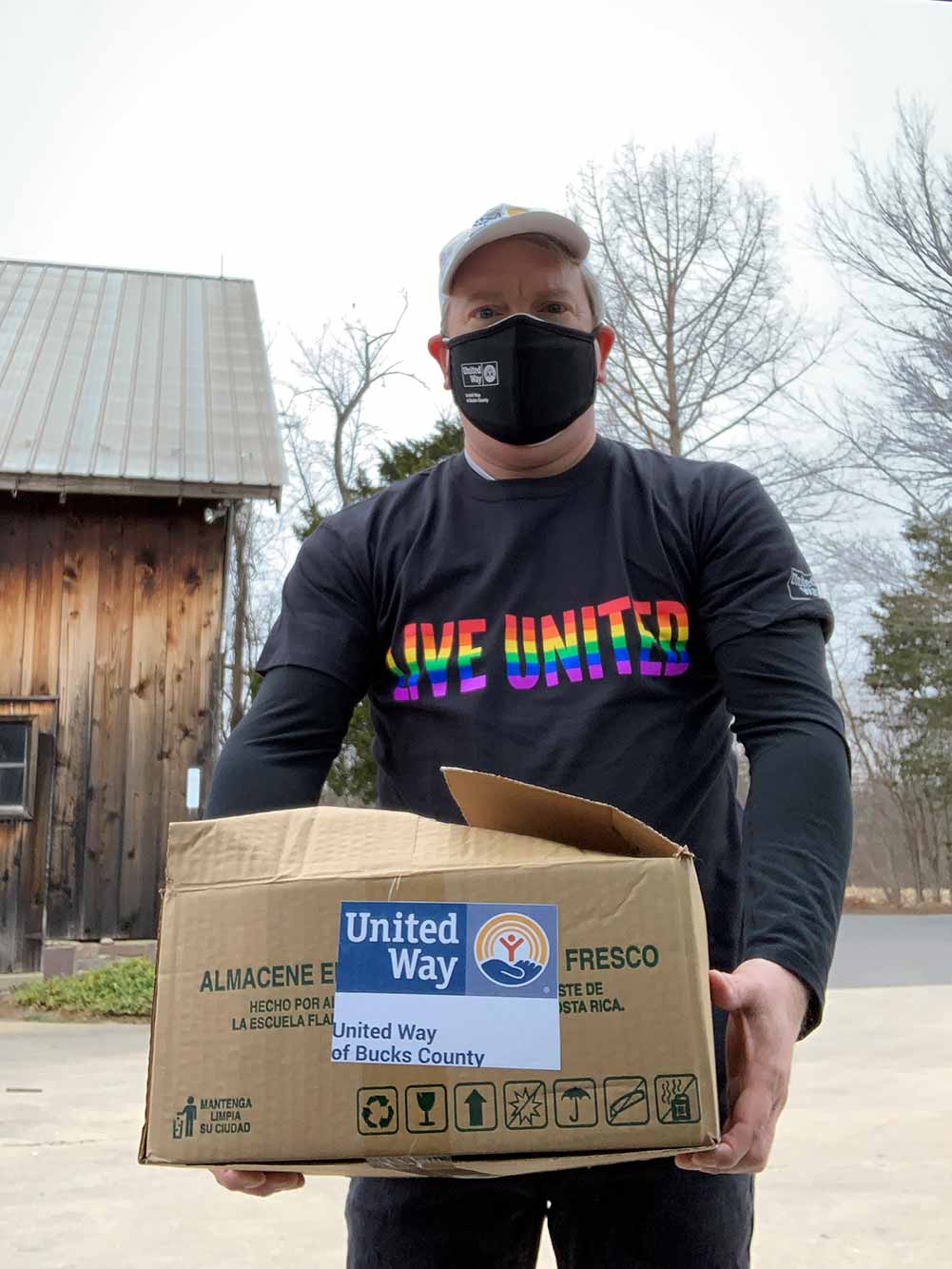 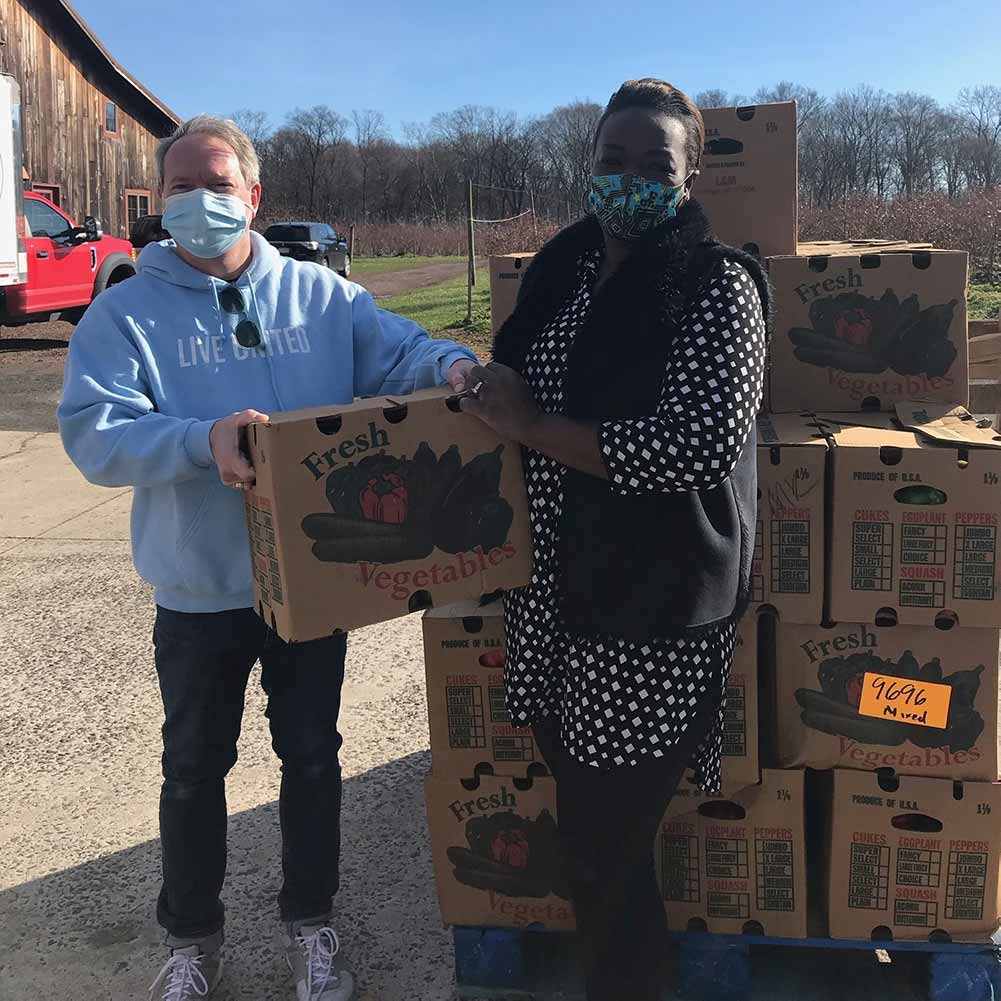 United Way of Bucks County began its fight against food insecurity in 2013. That year — the first year they held Bucks Knocks Out Hunger — 10% of Bucks residents were food-insecure, including 16% of all children. They made steady progress in the next 9 years, reducing the percentage of Bucks County residents who were worrying about their next meal.

All that changed last spring because of COVID-19.

Bucks County, like most of the nation, ground to a near halt economically. Within two weeks, families living paycheck to paycheck were pushed past the breaking point financially. They found their cabinets and refrigerators increasingly bare and reached out for help with food, many for the first time ever.

Feeding America estimated that in just two months, the rate of food insecurity in Bucks County jumped from 7.4% to 11.7% of all residents – an increase of 27,000 people. The increased need stretched food resources thin and the number of people attending Fresh Connect – United Way of Bucks County’s free, mobile farmers market for food-insecure residents – quadrupled in a matter of weeks. COVID-19 had essentially erased a near-decade of progress in their fight against food insecurity.

While some Bucks County residents are now recovering from the economic hardships brought on by the pandemic, the recovery is uneven. Many of the hardest-hit households were struggling even before the pandemic began. They include working families earning too much to qualify for public benefits, but not enough to cover all their bills.
“Life changed for everyone in 2020. It feels like we are on the road to recovery, but many of the families we serve are still in financial crisis. We have moms and dads who were BKO donors in the past now visiting our hunger relief sites. Bucks Knocks Out Hunger will help our neighbors recover – and our entire community rebuild,” said Marissa Christie, President & CEO at United Way of Bucks County.

What is Bucks Knocks out Hunger?

Bucks Knocks Out Hunger is a community-driven, hunger-fighting project that unites thousands of donors, advocates, and volunteers to fight hunger in Bucks County. It is a fundraiser for Bucks County’s food pantries and a way to provide hunger relief to families struggling to get back on their feet.

BKO Hunger will include a massive, county-wide food drive this year. On Friday, June 18 and Saturday, June 19 they will host five drive-through, no-contact food drop-off sites in Bucks County, gathering thousands of pounds of the foods people need most, and getting it to food pantries to distribute.

Most importantly, BKO will also raise funds to provide locally grown produce and fresh dairy products like milk, butter, and cheese – items that are not often donated to pantries. “We know that eating a good diet is critical to staying healthy,” said Tim Philpot, United Way of Bucks County’s director of Financial Stability and Health. “That’s why Bucks Knocks Out Hunger is so important. Healthy foods have always been our priority. All cash donations help provide fresh, local produce, eggs, lean proteins, and other staples,” added Philpot.

United Way of Bucks County hopes to gather 30,000 pounds of healthy foods this year, as well as raise $100,000 to buy healthy foods for food pantries. “We want to make sure that people who are food-insecure are both fed today and healthy tomorrow,” said Philpot.

The Burden of Hunger

Peggy and John experienced the burden of hunger firsthand. An elderly Bucks County couple on a fixed income, they were barely getting by financially. When their daughter, a single mom, contracted COVID last April and had to be hospitalized, her two young children needed a safe place to go.
Peggy and John took in their grandchildren without hesitation – but they struggled with the added expense of feeding the kids. Fortunately, Bucks Knocks Out Hunger was there. United Way of Bucks County’s community partner immediately tapped BKO Hunger support to provide healthy food for this family. This family had many things keeping them up at night, but thanks to UW Bucks’ generous donors, hunger wasn’t one of them.

Impact Deposits Corp. is one of those generous donors who makes United Way of Bucks County’s work possible. “Last year, we were honored to sponsor Bucks Knocks Out Hunger. This year, we increased our sponsorship because we still see a significant need in the area of food supply. We’re happy to continue to work with United Way of Bucks County,” said Jay Stillman, Vice President of Impact Deposits Corp.

"We know that eating a good diet is critical to staying healthy. That’s why Bucks Knocks Out Hunger is so important. Healthy foods have always been our priority. All cash donations help provide fresh, local produce, eggs, lean proteins, and other staples."